I just started Udacity's Intro to Self Driving Cars Nanodegree and the very first thing the instructors teach in it is Bayes' theorem. I read about it in school, but now's the time for me to really get into it, hence this summary note.

Bayes' theorem gives a mathematical way to correct predictions about probability of an event, and move from prior belief to something more and more probable.

The intuition behind application of Bayes' theorem in probabilistic inference can be put as follows:

The question to answer is:

Given that the test comes out positive for a person, what is the probability of that person being a mutant?

which is also equal to

where P(Pos,X) is the joint probability of a person having the X-gene and also testing positive.

Putting in the values, it turns out to be:

Putting all of this process in a flowchart: 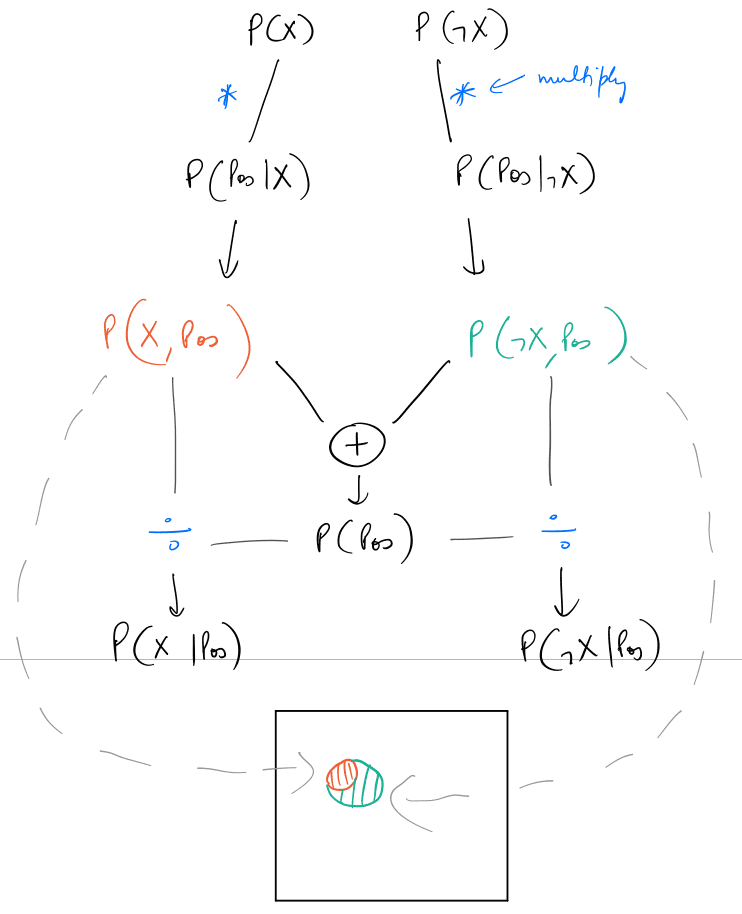 As seen above the two joint probabilities represent the corresponding color coded areas in the diagram shown before.